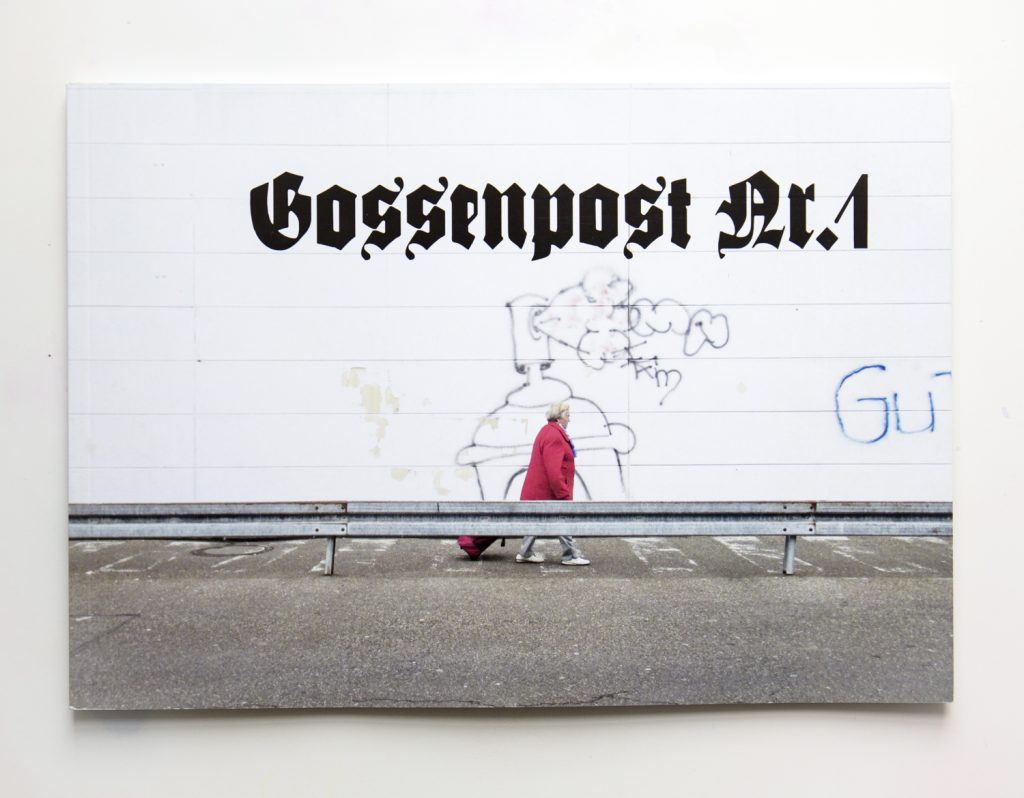 Gossenpost is dedicated to documenting the overlooked streets of Frankfurt (including a few nearby towns). This restriction to a local area is good because it really gives a flavour of the city and puts the graff into its context. The magazine methodically goes through a series of connected surfaces starting with a whole array of wiring cabinets. These nondescript boxes don’t seem to be as preciously maintained as they are where I live and so are a good place to find flyers, tags, bits of street-art and the odd throw-up. Later sections are sorted by colour such as red tags on white walls and various tags on brown, yellow or grey surfaces. Other pages are dedicated to throwups with white fills, without fills, and chrome dubs. Different types of graffiti strewn doors and shutters are organised together as well as a final section of colourful streets and tracksides.

One unusual chapter shows the effects of the city authorities battle with graffiti. A well composed minimalist photograph shows a blank red wall with two small signs attached. A closer look at one of these signs reveals the corner of part of a piece which used to adorn the same wall. More walls are just covered by neutral colours with the odd square of slightly different shading showing where some graff once was. In the recently published book, The Handbook of Graffiti and Street Art, the anthropologist Rafael Schacter argues that tags should be understood as ornaments. They become part of the building they are placed on regardless of wether they’re perceived in a positive light or not. Even when 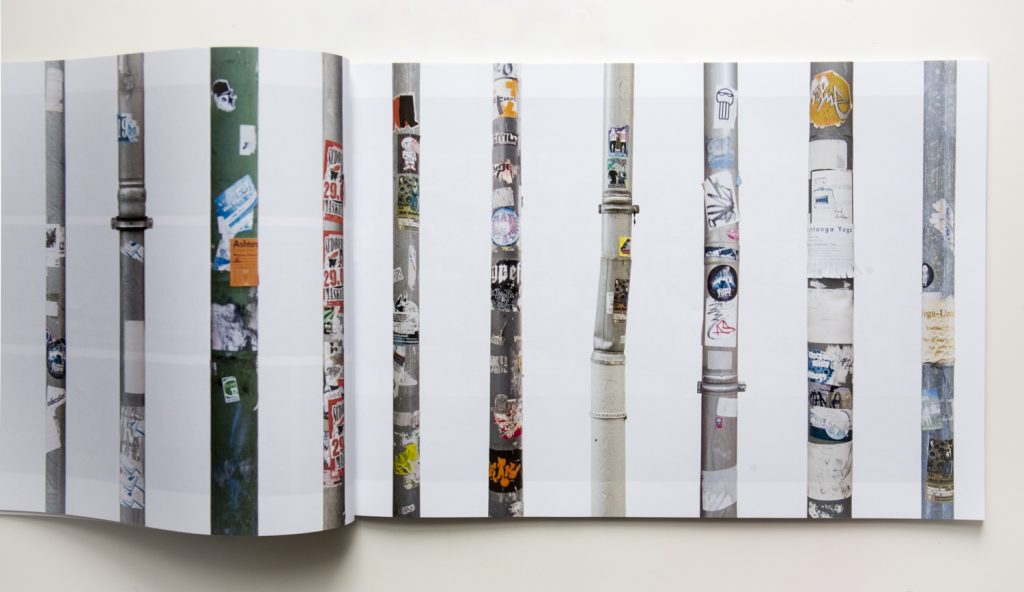 graffiti is removed, as is the case here, Schacter points out that the building will be permanently changed. The “paint can only be removed through harming, disfiguring the primary surface itself, being blotted out entirely by anti-graffiti advocates and thus creating what has often been called accidental or abstract graffiti as well as commonly returning to haunt their sites through the failure of the overpainting to entirely hide the original mark.” The fact that graffiti has been placed on a surface suggests that surface is lacking in some way and so the graffiti becomes a challenge. In the case of Frankfurt the authorities want to project a particular image of the city despite a strong history of graffiti connected to the US soldiers, stationed there after the war, who introduced it early on. These buffed walls remain as evidence of, what Schachter says is, “another order existing within the city.”

Between the chaotic typography, fading paint and urban bric-a-brac there’s a lot to look at in Gossenpost. A great whole page spread shows a piece, painted onto a glass tile wall, which has had hundreds of tags scratched into it. Other well observed photos show a wall of interchangeable concrete slabs with segments of different letters jumbled up across it. Another anomaly has two windows covered in tags while the wall they are placed in is perfectly clean. Some graffiti are signs of our times such as the ACABs or “yuppies raus” across a shutter. Older expressions of nationalism and communist internationalism continue to appear too. All-in-all Gossenpost successfully covers the graffiti that’s often overlooked. It has some nice photographic concepts and maintains a clear layout while also giving a flavour of the streets. The second issue, to look out for, is on its way which will focus on marker tags found in Frankfurt and the surrounding area. 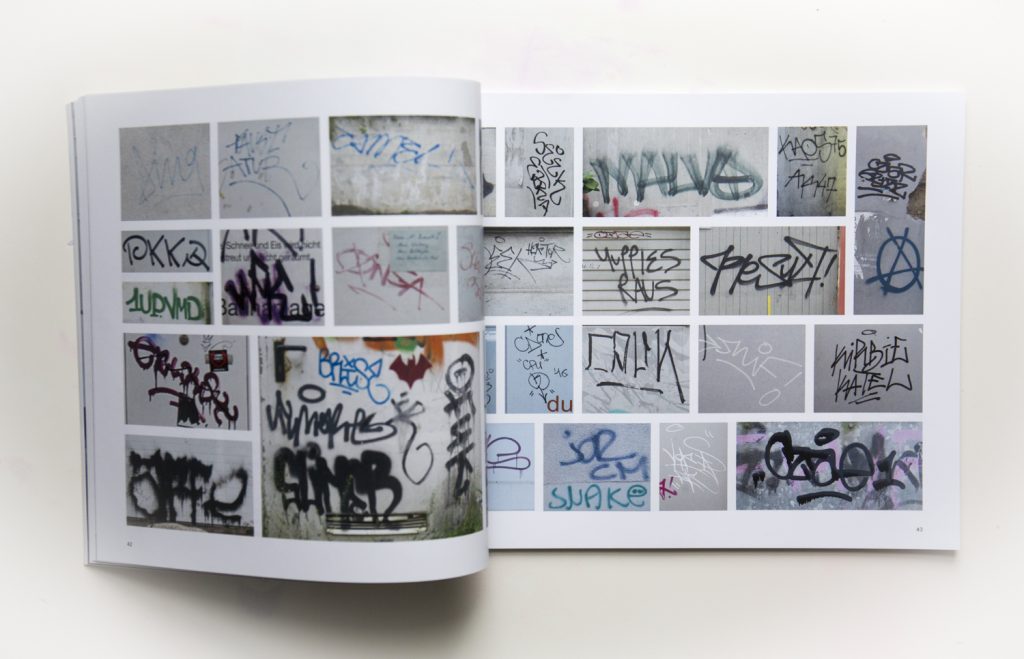 Finally there’s plenty of ornamentation in the form of the Ⓐ sign in the mag too.