Not too long before Christmas I picked up a copy of Galeria Koloru 5 from their shop in Warsaw. They kindly threw in a couple of back issues too so, as it’s been about seven years since the last release, I’ll 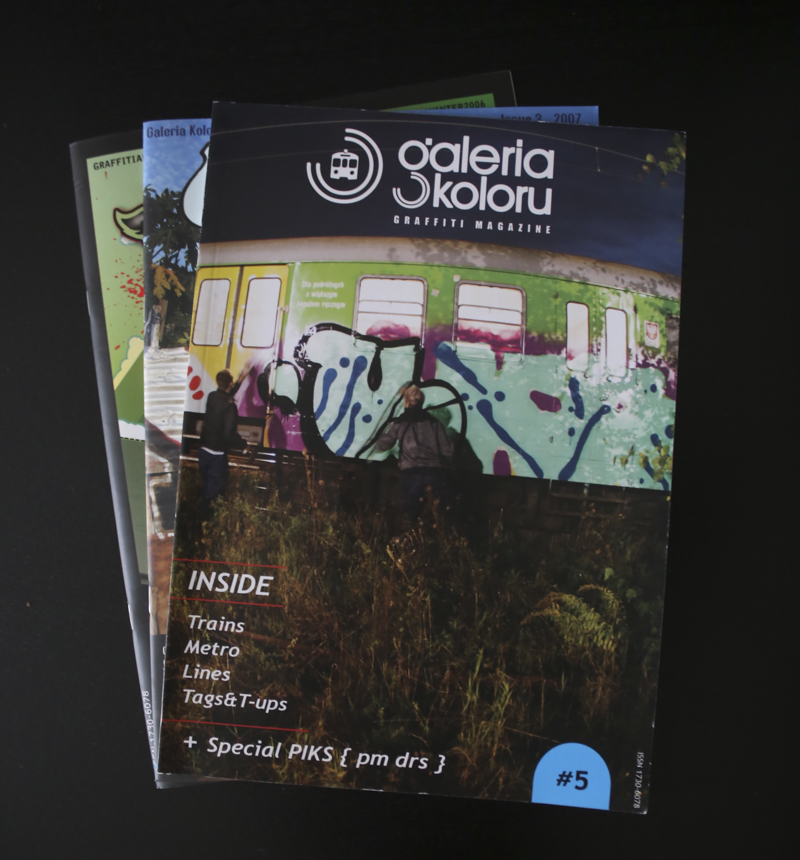 write a bit about how the magazine has changed in the intervening time as well.

The fifth edition of Galeria Koloru is split into eight chapters with the first being a look at trains from the Warsaw area. There’s various interesting and colourful styles with a few actions shots. All the pictures in the magazine have a descriptive name underneath which is useful for some of the more blobby designs. The following chapter has a nice mixture of regional trains from around Poland. After that there’s European trains and international tubes from London through Berlin to New York. The centre of the magazine is taken up by a photo-report on the graffer Piks showing train pieces and ending with a few walls. The sixth chapter, which I liked a lot, collects together various trackside and street pieces. The magazine then moves onto legal walls and finally half a dozen pages of tags! 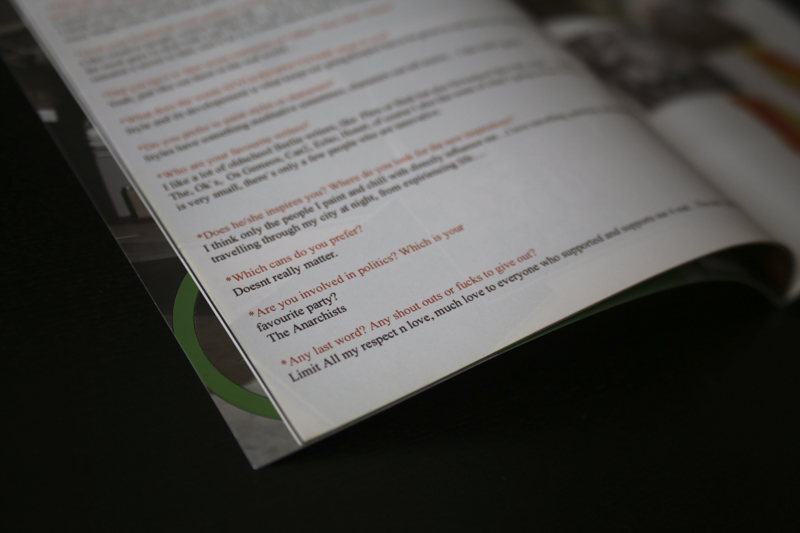 Page from a previous issue of the magazine.

Looking back at the older issues of Galeria Koloru it seems to have changed quite a bit. Previously the magazine had a more international flavour including walls from all over the place, interviews in English with foreign writers, and reports from far-flung places such as Mozambique. In contrast this latest issue doesn’t have any text apart from a short introduction in Polish and seems to be aimed at a national rather than an international audience. The content is mostly made up of train graffiti from Poland, or by Polish writers, rather than a more random mix of surfaces (and even some street art) as before. It also appears to be a lot more Warsaw-centric although there continues to be pieces from small towns such as Giżycko. The design of the magazine has been modernised and improved, and the pictures are laid out nicely without being too small to see. Overall I think this gives the magazine a different character and a more precise focus. 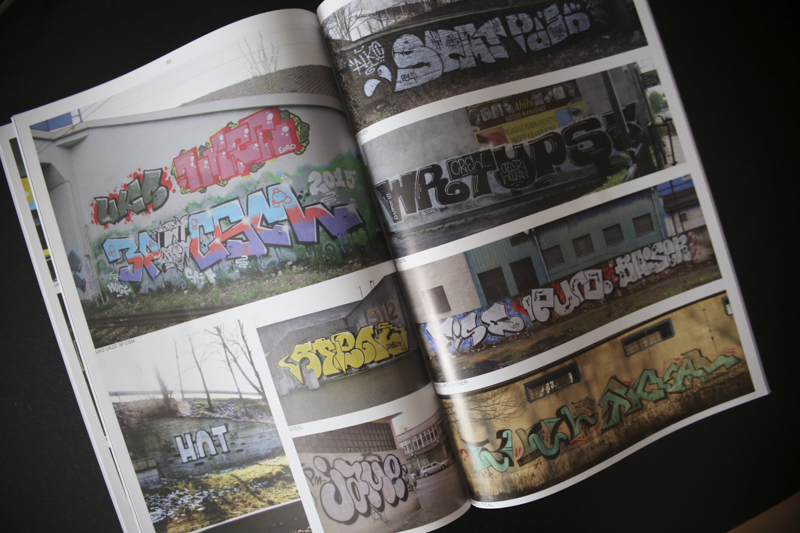 I’m not sure what some of these changes reflect, perhaps the move toward highlighting more of the local scene is due to a greater self-confidence in Polish graffiti. It could also be a way of making the content more exclusive as a response to the amount of stuff to be found on the internet. Or maybe there’s simply just a lot more graffiti to show from Poland. Whatever the case the latest Galeria Koloru’s a well nice publication. In this latest instalment I particularly liked the stuff by Żart, the ‘neighbours in crime’ piece on page 74, and the Runer tag on the bus stop.

There was a cheeky Ⓐ hidden away on page 63.