Fabrik is a newish magazine from the city of Fab in Poland. The city is also known as Poland’s Manchester which helps explain the slightly decrepit industrial feel to the magazine. The photo content mainly consists of streets, factory walls and abandoned buildings. 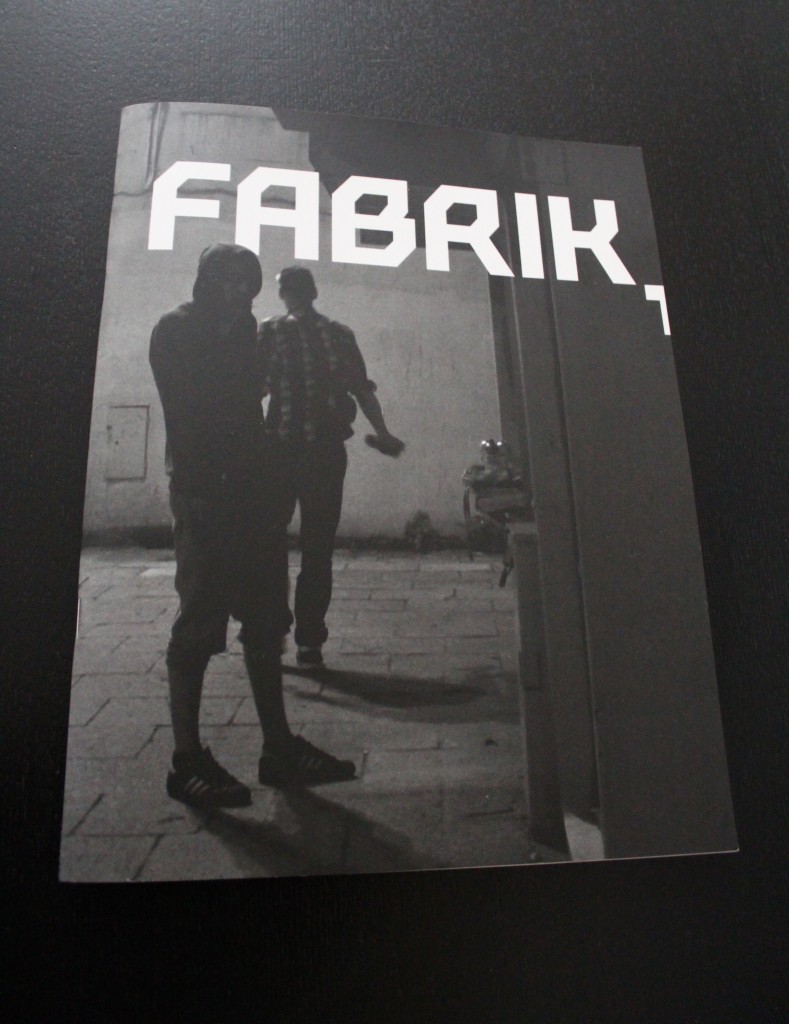 There’s some shots of ‘rooftopy’ pieces that look really good on top of the industrial-era tenements of the city. Throughout this magazine the quality of the photos is top-notch. A few pages are black and white with the rest of the pictures in colour. The photos are good at transmitting the particular feel of the city which helps give context to the graffiti.

Fittingly the magazine starts with an interview with a graffiti photographer called The Miserable Face. Fabrik’s text is solely written in Polish but fortunately I had someone to translate it for me. Miserable Face started out doing graffiti himself but after a while became attracted to photographing the graffiti and then the action around it. He discusses his influences, how his photography developed and how people react to it. Subsequently he’s also been involved in producing films too. His photo’s are carefully taken and full of atmosphere and of course there’s the obligatory shot of someone with a t-shirt wrapped around their head. 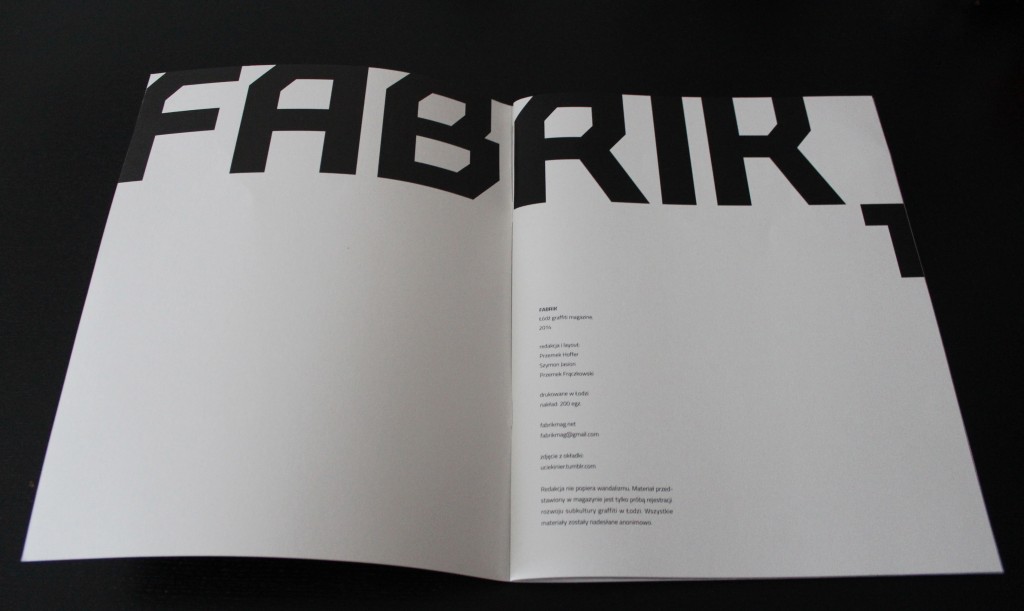 The other interview is with a Łódź writer named Azor representing 2016 crew. He describes himself as a competitive writer who wants recognition. For him Łódź is the ideal city for graffing in. Two pages of Azor’s paintings follow his interview. His letter style has an awkwardness about it that I liked. He actually has a broad range of designs and every piece is different ranging from scrappy throwups to colourful dubs with leafy bits growing out of them.

Elsewhere there are ‘chrome’ and ‘colour’ sections, some sketches and a two page interlude of Clint 176 tags. Overall I think Fabrik is a very nice publication.