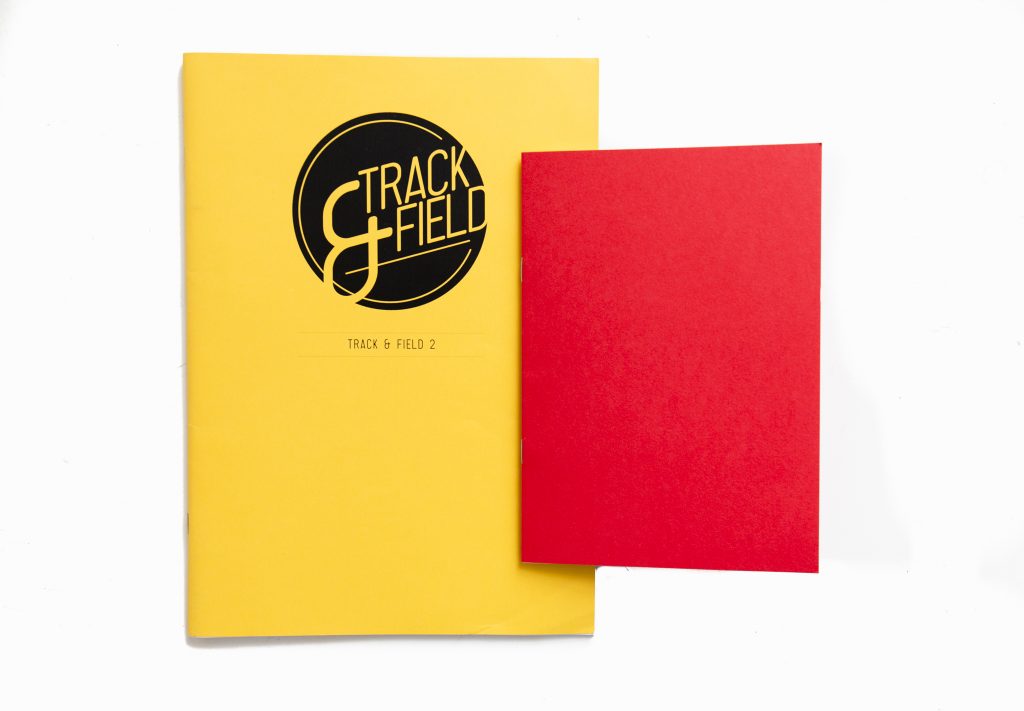 I recently got sent a copy of a magazine called Track & Field. Open mouthed in horror I began to read the introduction; what an earth is a defence of Thatcherism doing in a graff mag I thought to myself?! Well it turns out the short introductory essay on competition actually refers to the sporting rivalry between Steve Ovett and Sebastian Coe in the ‘80s. The determination of these two athletes is used as a metaphor for the struggles of a graffiti writer. Sports fans are invited into the pages of a magazine that aims to “bring a voice to culture that shows no sign of taking a defeat just yet.” The ‘voice’ refers to the index of text, in the back pages, that follows the photography.

Although based in Nottingham the content of Track & Field includes a fairly broad sweep of locations and styles. Starting with some brilliant photographs of New York’s Zeiht, a bit of urban exploration of graffed up buildings in Nottingham, an interview with an environmental sound artist, and a survey of a stretch of Nottingham’s now defunct railway infrastructure. Unfortunately this edition of Track & Field is a few years old and is no longer available. Anyway, keeping with the sports theme, the publishers have a tidy new zine out called PE. Intrigued I thought I’d catch up with the editor behind the publication and find out a bit more about the concept behind it:

“Track and Field came about from a of love graffiti magazines and books and I think in the period of the early 2000’s era there were a lot of good books coming out of Europe, especially from Dokument Press and other publishers. Reading graffiti literature at that time was an education which had an intellectual aspect for me. I studied sociology and psychology so I am interested in thinking about the world on a more thoughtful level. I am fascinated by printed matter and was inspired enough to want to make my own magazine. I started with a loose page zine. Track and Field 1 was just loose pages in a bag. I find that first issue embarrassing aesthetically now but some of the content is still good. It has taken me a long time to refine the aesthetic I want.

Following that I worked on T&F 2 with a mate who designed the logo, which I think is really good branding, and we collected content together. I took the lead on all of the written content and chose the features. I wanted to look at more ‘anti-style’ graffiti you could say but that’s not exactly it. I wanted to represent graffiti in a thoughtful way, even if it was primitive in style, and get away from the dominant New York aesthetic and the lavish industry aspect. i.e not just lots of big productions with lots of money spent on them. Additionally I wanted to focus on manifestations of ‘street’ graffiti as I have never participated in train graffiti particularly myself aside form an interest in trackside walls. There are no subways where I live and it is a personal goal to try to get to the core idea of what graffiti is (name writing) without just following the New York mould of how to achieve the objective when it is not actually relevant to the terrain of the place where you live. I love old New York graffiti but I don’t want to blindly emulate it. I am interested in people’s own personal journeys, terrains, and critical assessment of what they are doing.” 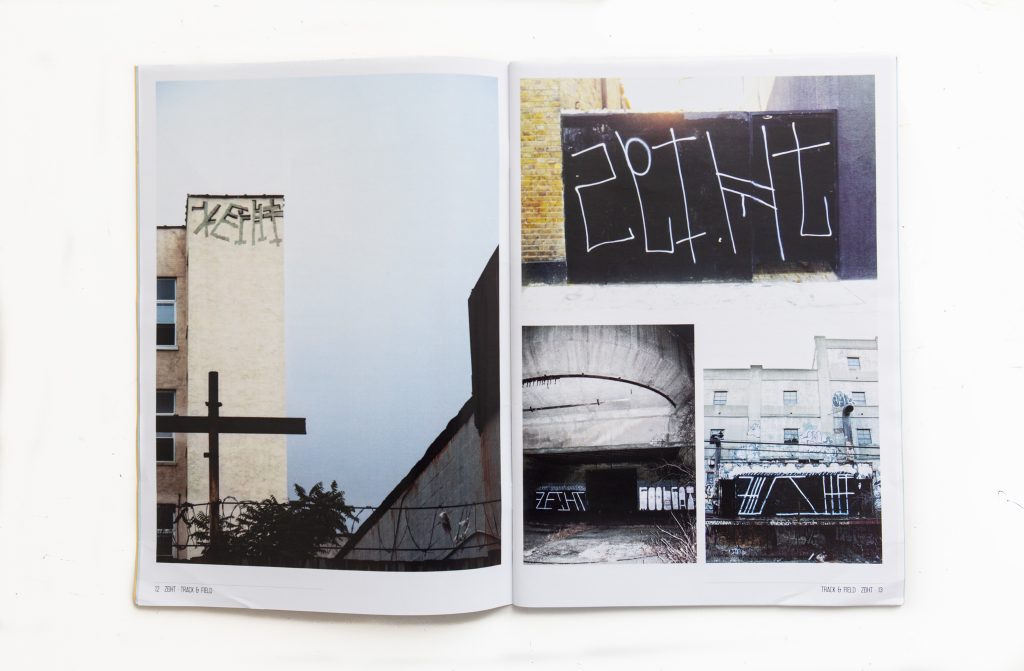 I really like anything that approaches graffiti in a slightly different way; the athletics introduction to Track & Field isn’t something I’ve seen before. Why did you take this angle?

“I have not read the introduction to the second issue since the mags were printed in 2012. I am not sure what I was thinking but looking at it now it seems prophetic as the magazine did not work out well as far as I am concerned. We had a hit when a box of copies got damaged on the way to Dokument Press in Sweden who agreed to distribute it. We had to replace them and that was most of the 100 copies gone by the end of it. It felt like a defeat after all the effort. However! I am certain that the sports metaphor originally inspired the piece. Graffiti as an active practice, physical and robust activity has that sport aspect to it as well as the competitive aspect, or the desire to at least participate. For me it was always that. The desire to participate, join the others that you admire and stand alongside them. I think I was concerned with that idea of personal development as something that I gained personally from participating in the graffiti culture. Graffiti mag intros are never the highest form of literature haha! They are usually just penned by the guys putting the mag together so I wanted to do something different and thematic for our magazine.”

I’ve read a few intellectual pieces that stress graffiti as an act rather than focusing on the finished artwork. Graffiti is using the city in an alternative way and could be compared to an urban sport. Is this something like what you’re getting at with your introduction or the interview with Dallas Simpson for instance?/ can you explain the intellectual side of the publication such as the interview with the sound artist….

“Although I am always keen to read any intellectual take on graffiti I was always weary of being too intellectual with our magazine. I want to communicate the ideas that come out of thinking deeply about graffiti but in a way that is appropriate for the audience. I felt I wanted to communicate to younger generation writers and felt too much intellectualising would be counterproductive. I just wanted to have that basic level of thought provoking, just string a few things together and hopefully have that kind of reaction that got you thinking. Hopefully make something with broad appeal but enough pointers in interesting directions to give readers threads of enquiry to follow. I feel I achieved this by asking smart questions rather than laying down heavy literature. My own thoughts have changed on the intellectual ideas out there about graffiti anyway. I have read most things that I find relating to graffiti and I think there is a lot of bias in the perspectives that people apply to graffiti. I think sociological literature tends to interpret graffiti in to what it would like it to be. Lots of grandiose essays about graffiti artists as radical anti-capitalists fighting the ‘powers that be’. I started to doubt a lot of what I had read from academics outside of the culture and have become more interested in psychology rather than sociology as a way of looking at the graffiti community. There are a few different strands out there anyway and I am always interested to read what is being written about graffiti with an awareness that the lens that is used tends to interpret what it wants to see. The ‘act’ way of thinking is definitely a good angle though I think. It is important to comprehend how ‘proactive’ graffiti is. Graffiti is physical in a way that other art forms aren’t and that makes it unique, especially in a restrictive environment like a city. But also it literally transforms things and I think that is something profound. It is not just talk, like political or academic or wishful thinking about how the world could be. Graffiti writers have this habit of just getting up and doing it. It’s an underestimated mental attitude. And possibly this is what frightens and annoys people about graffiti. It is not just passively letting the world go by and that seems to offend people. Dallas Simpson who I interviewed in Issue 2 is an interesting artist. He makes sonic impressions in the environment. He is ‘active’ and in tune or willing to explore his environment and that seemed like a nice invisible analogy of graffiti. So interviewing him was a way to show how I thought about graffiti without just laying some theory on the reader. The idea is to let the ways of thinking about graffiti inform the choices and questions that are used to put the magazine together.” 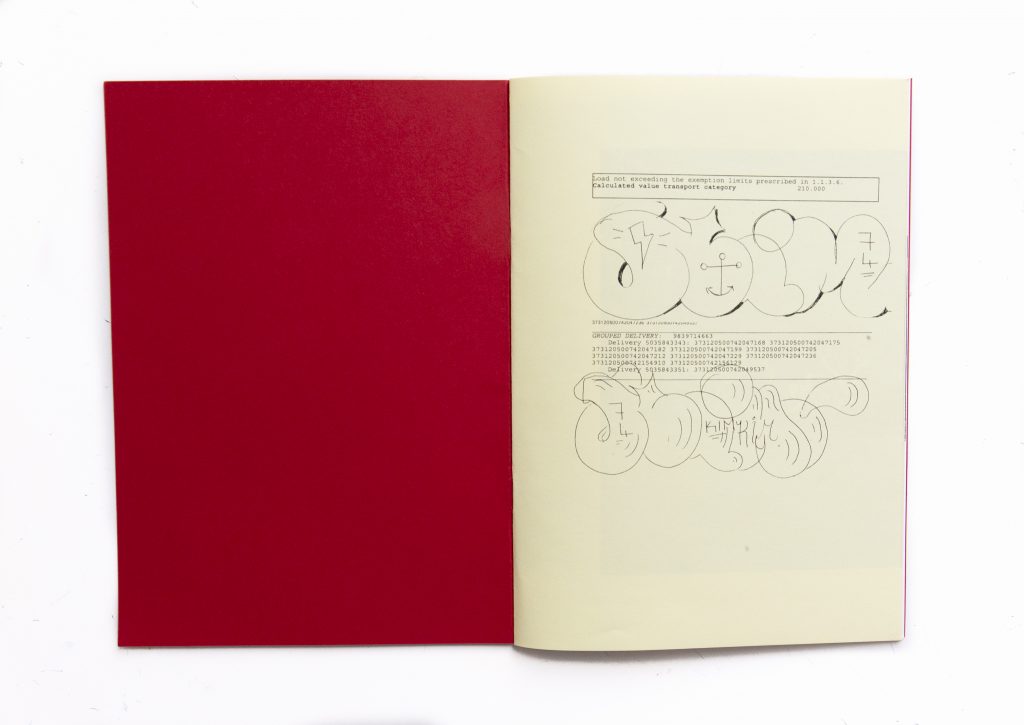 Can you tell say a bit about your new Kim & PE zine?

The new  KIM & PE zine I have put together is an easily achievable way to get the ball rolling again with new content for the T&F brand after a good 7 year gap. Although the connection is understated. Just a logo on the blue paper pages of the zine. It is local graffiti from Nottingham in the primitive style approach. Local name writing that suits the environment of our city. It has really been an exercise in getting the aesthetic right ready for more publications to come. I was not happy fully with issues 1 and 2 and we also completed an issue 3; which was never printed because I was still not happy with the aesthetic and content. So we have an almost complete issue 3 unpublished at the moment. But as far as the KIM PE zine it is a local DIY zine that I am really happy with. It feels right, low key and immediate without frills and excessive glossiness but shows just enough of that to contrast and get the idea of the visual language I want to portray. I want to capture that photocopy quality of old zines and underground culture of a more physical era, in records, music and magazines. So I feel ready now to move forward again.”

So it seems there’s more to come from Track & Field. What plans do you have for future publications?

“Future plans are to do a small zine that I am collecting for at the moment with random street scrawlings. Nothing that we would think of as New York influenced name graffiti but just random kids and stuff scrawling with found spraypaint etc. Then I have more content to decide what to do with. I am contemplating a ‘special edition’ T&F. It will not use the content left over from issue 3 but will be new original content up to date with my current thinking and interests, recent documentation and the community around me. After that I have been mulling over the idea of collecting the best of issues 1, 2 & 3 and publishing them very nicely in a ‘compendium’ (if that’s the right term?) The plan is to collect the best content from each mag in a way that meets the standards finally that I wanted all along. I think in that collected way it won’t matter if some of the material is now dated. It would be well compiled highlights for historic documentation and as a lasting work that explores the ideas that I have explored the last 10 years or more. Additionally I want to start doing some online content  to work alongside the printed material. I am aware that the digital world exists and I am not against it in any way so a bit of social media oriented content for quick fixes would be good, and a bit of merchandise too. The idea is to build the brand and revisit the ideas that I want to communicate.” 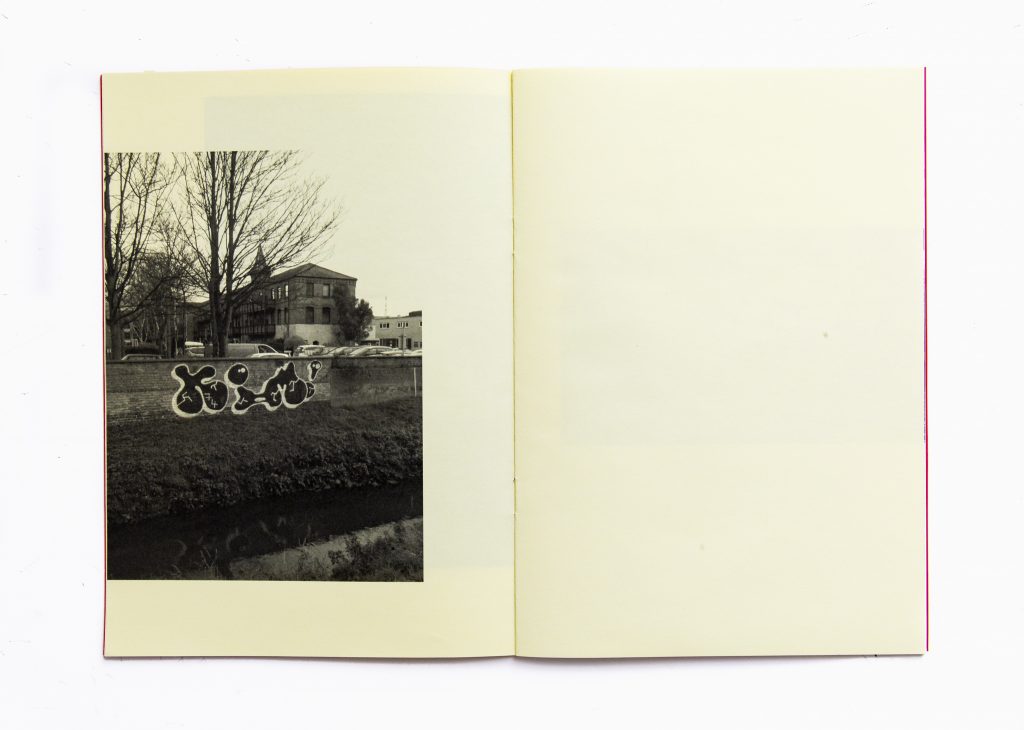