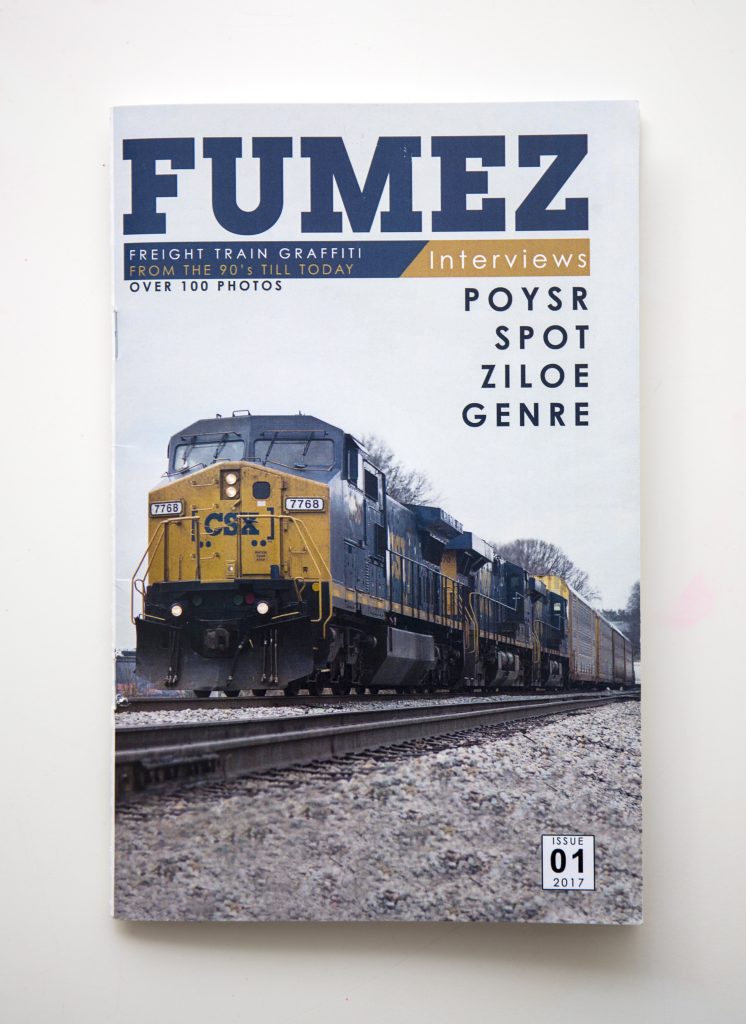 Starting out life as a black & white affair during the nineties Fumez has been given a new lease of life. Issue 1 of the newly released publication is now a full colour, slender looking, magazine roughly about A5 size. The cover of the mag proudly states that there are “over 100 photos” within. Considering its size, this amount of content could’ve resulted in small poor quality images. However the editor has done a good job in ensuring that the photographs are all nicely sized and of a high quality. Listing nine contributors Fumez covers nearly three decades of freight graffiti up to the present day.

When asked a bit more about the motivation for this new edition of Fumez, the magazine’s editor explained that “the idea was to simply document photos I caught and some that were sent in trades. A printed mag appeals more to collectors. The 90’s till, documents freight history better. It gives those a chance to view the golden era of freights. The new era of freights coming out, how styles change. I try to document photos that appeal to benchers and writers of past and present.”

Some photos that particularly stand out are a swish Rok piece incorporating an unusual character of a vicar, a frantic Cuate, an original Onorok, a Sento, and a stylish Impeach. Aside from all the flicks the mag also contains four interview sections. One of these is with the writer Spot who says that he could fill “a novel on what inspired” him. Starting out with freights at the end of the nineties Spot estimates that he has at least four-hundred under his belt. Beyond painting Spot also humbly mentions his work for charity and believes that “you get what you give” in life. A later interview with Genre covers his thoughts on fame, beef, adrenaline, and collectibles. To finish off the section he casually exclaims “fuck Donald Trump”!

Throughout the magazine the odd little chalked design pops up off to the side of a piece. Tucked away toward the middle of the magazine there’s a short section showing an interesting close-up of some of these sort of monikers. They are actually a fascinating part of North American freight culture. These images have been included as “monikers have always played an important role in freights. Catching a moniker like Smoking Joe or Herby has the same feeling as catching a nice piece. They put in a lot of work and deserve respect.”

This new incarnation of Fumez is a tidy little publication. The editor has nicely designed the aesthetic of the magazine around the content. While certain graff-mag themes have become overdone the understated design here works well. Meanwhile the second instalment of Fumez is currently in the works so one to look out for. 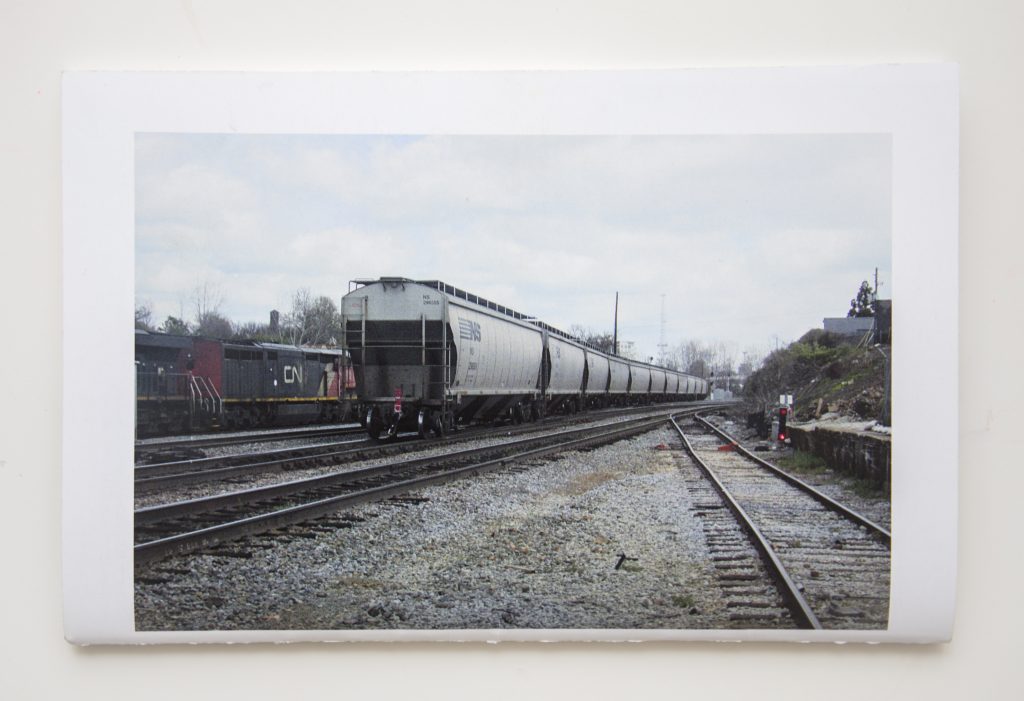 No Ⓐ to be found…