by T_C
No Comments on Signs of change 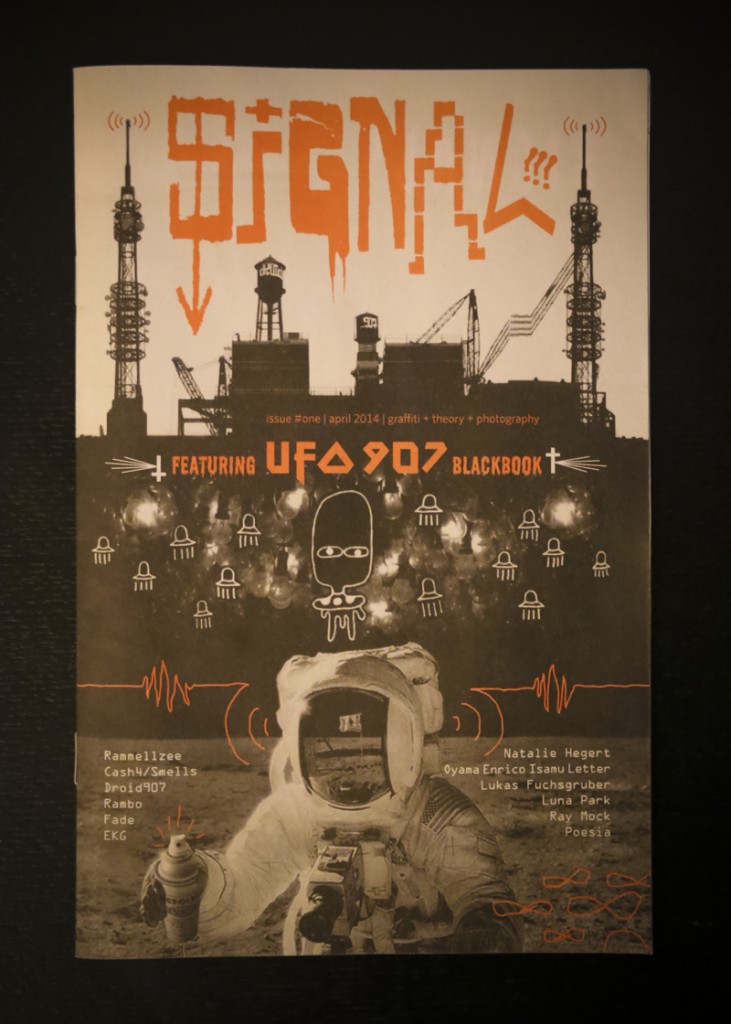 Although Issue 1 of Signal! journal (not to be confused with Signall magazine) came out last year I only cottoned onto it recently. The aim of the editor is to create something that lies somewhere between a conventional graff magazine and an intellectual journal. The journal starts off with an editorial that sets out the focus of the publication, the practicalities of its production and an explanation of why the editor has decided to take on the term ‘Urban Art’ in the subtitle. From the introduction I get the impression that the journal is going to be a serious graffiti focused project that has come about from a lot of work and thought on the subject.

The first article is by the art historian Lukas Fuchsgruber. He compares two situations in which tags have been placed on or around images of faces. The first are antique tags on the face of statues in Paris and the second example is a modern tag on an advert with the face of a woman on it. He discusses the placement of the tags and their relationship to the surface they’re written on. Fuchsgruber comes to the conclusion that the tag is a complicated artistic expression in its own right. What’s unusual about this is that he doesn’t set out to slag off the modern day tag but instead compares it favourably to antique tags. I don’t think I’ve come across a comparison like that before.

Next there is a look at the Japanese artist Oyama Enrico Isamu Letter who uses elements of graffiti in his art. He explains his influences and techniques whereby he strips graffiti back to its primary structure to use in his work. To be honest I wasn’t really sure what he meant by this but turn over and there are some examples of his work that look like huge never-ending letters repeating and folding in on themselves.

The next few pages show some tagging on New York fire hydrants and photos of tags and throwups by the New York writer Rambo. Then there is an interview, accompanied by pictures, of another New York graffer called Fade1. The interview isn’t set out as a series of questions 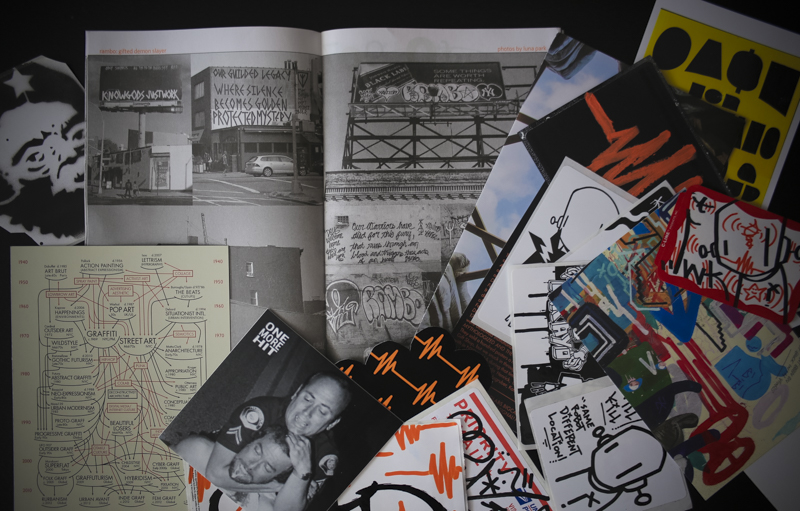 and answers but instead Fade1 is allowed to go off on a rant about what graffiti means to him and why he does it. This is the section of the journal that I enjoyed the most. He sees graffiti as an act of rebellion and, refreshingly, embraces tagging as the best part of it. For me the tag is like the folk-art of all that has become graffiti. It’s too often under-appreciated and it’s nice to read someone who thinks so too.

After this there is a blackbook section by UFO 907 and a roller style alphabet by Droid 907. Then there’s a Q&A interview with Smells and Cash4 followed by pictures of their work. Again they like to do big Berlin-style rollers off the end of buildings that sit high above all the other graff. This is followed by two academic essays. The first, by Natalie Hegert, is about the artist Rammellzee and his idea of ‘gothic futurism‘. The essay describes how graffiti first developed and the reaction to it from different parts of the establishment. It then discusses Rammellzee who formulated a theory that graffiti letterforms developed from the stylised writing of medieval monks. Hegert calls this his “origin myth for the culture of writing”. His theories largely seem to be making fun of the established art world and academia. The essay concludes with the legacy his left-field ideas have had.

The final wide ranging essay in the journal was co-written by EKG and Poesia and came about as part of an international exhibition organised by the latter. The essay starts off explaining the concept of the exhibition then goes on to discuss how graffiti is understood vis-à-vis the world of contemporary art. He goes into the Anarchistic nature of graffiti and how it 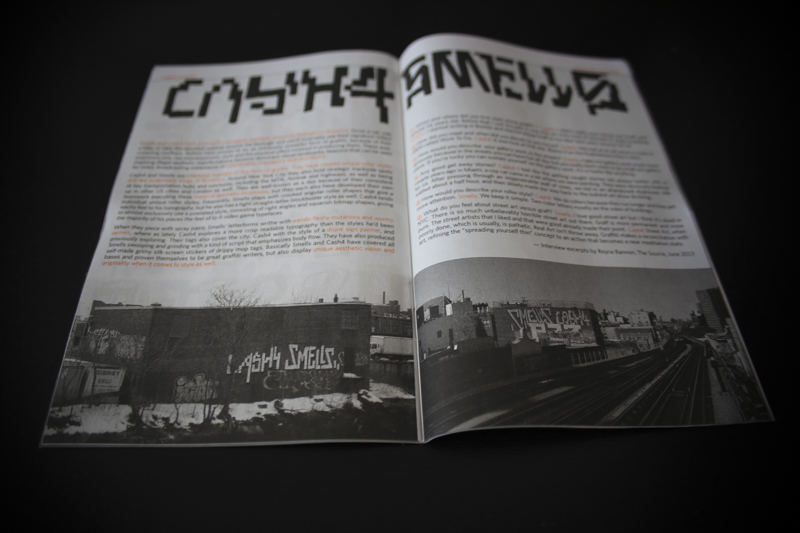 challenges modern society and capitalism. From there the essay uses Cubism as a comparison to the evolution of graff, talks about the commodification of graffiti as urban art and the recent direction of the study of graffiti. The essay ends by criticising the sterile world of elitist art institutions which represent a culture as defined by the state and observes that graffiti is part of a shift in how the public will produce and consume art in the future.

Apart from the occasionally over-academic turn of phrase Signal! is a fantastic read. I really enjoyed the intelligent content of the texts alongside all the graffiti. The focus on tags and street bombing was a welcome surprise and the articles expressed some ideas I agree with and introduced me to others I’d never thought of before. This is a brilliant publication and I really hope to see more issues in the near future.