by T_C
No Comments on Same Old Shit at the Barbican? 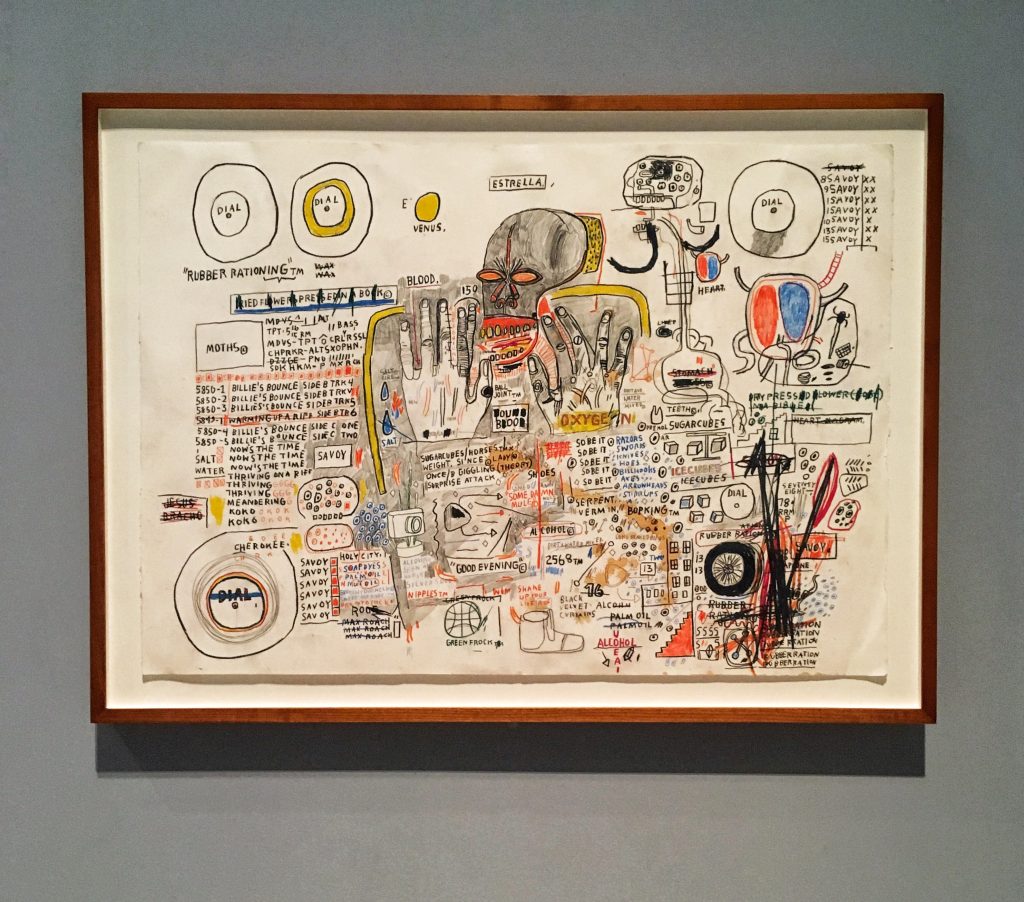 Sometime in the late 2000’s I found myself sitting in a police interview room opposite a pair of excited coppers. After a few minutes of pointless questions they gleefully put their theory to me: “we believe you were intending to travel up to central London to vandalise the Tate Modern!” This accusation left me slightly stunned: aside from being completely daft, all they’d found on me was a small marker, I felt insulted. Fuck the Tate!

While it might sound contradictory, writing for a blog focusing on graffiti, I have to admit that art irritates me. It seems that the state of contemporary art is overwhelmingly vacuous and pretentious. If I ever do wander into a museum I’m soon enough overcome with gallery-fatigue and have to leave. So I rarely go to these places. My condition isn’t merely boredom though – it goes beyond that. I have a moral objection to these imposing cathedrals of modernity. Art has become the ultimate cultural commodity of capitalism. While the museum is an institutional manifestation of power. A special place where ‘ideas’ can be expressed by so-called luminaries making their insipid commentary on society. And after having a dose of culture we can go home better people. 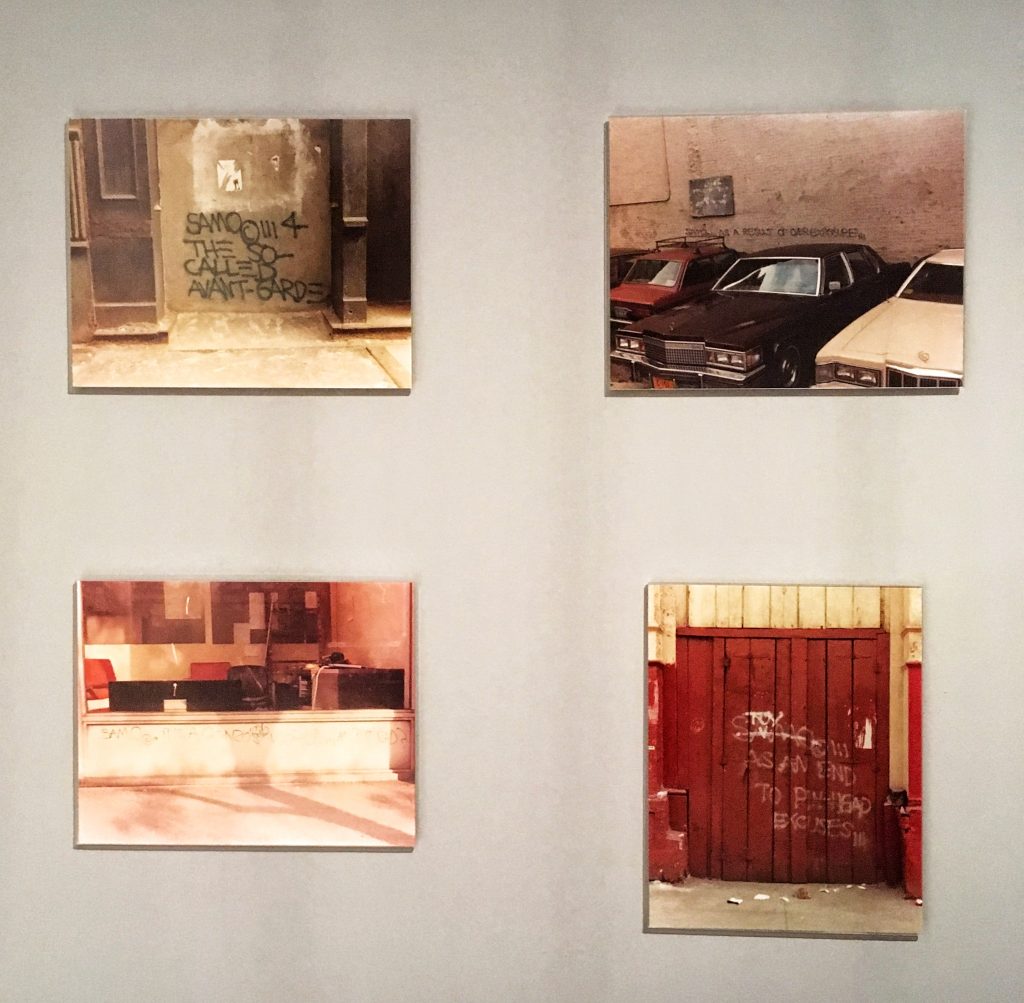 It was with this completely cynical attitude that I went along to the new Basquiat: Boom for Real exhibition. Admittedly my aversion to all things ‘art’ has left me too ill-informed to attempt a sophisticated critique of his artworks. And there’ve been plenty of those written elsewhere anyway. I was obviously attracted by the graffiti aspect of the exhibition. This was introduced pretty quickly in the second gallery room which was taken up with a series of great photographs of Samo© tags. Flicks of “Samo© 4 the so called avant-garde” or “Samo© as an alternative to blah blah blah…” on the walls and doors of New York in the late 70’s were completely absorbing. The obvious comparison is to Situationism and the idea of Samo© as a ‘spectacle’. Although in this case the spectacle of Basquiat’s sloganeering is uniquely combined with a graffiti tag.

The next few gallery rooms contained less overt vandalism but focused on Basquiat’s artistic circle. Fab 5 Freddy, Keith Haring, Rammellzee & Toxic, and Futura 2000 all pop up to a greater-or-lesser extent. This section also had my favourite exhibit which one critic has decried as a “dismal spectacle”. The piece in question being a tagged-up old fridge displayed in a glass case. Apart from just looking really cool the fridge is honest: it could be any fridge dumped on the street or found in a squat. I’m sure it was just added as a novelty. It stands there without a ‘meaning’ attached or some grand concept behind it, leaving most gallery visitors bemused by the impenetrable tags covering it. 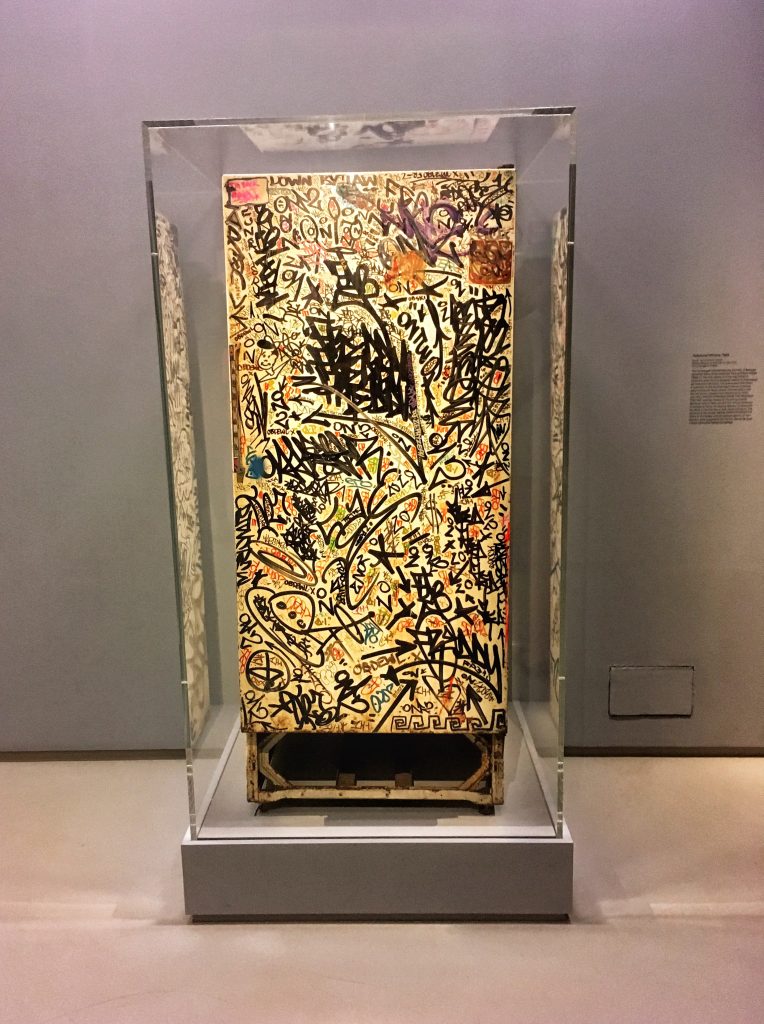 The influence of graffiti extends into other areas of the exhibition too. Much is made of Basquiat’s signature crown in his works. At some point a text beside a painting explains that, while historically artists had symbolised their artistic-prowess through the image of royalty in their work, Basquiat could not. So he created his own royal imagery through the use of a crown instead. In fact Basquiat’s crown seems to be a bit of a riddle for the art-critics. Probably the most in-depth analysis of them argues that they are representative of his black identity. Whatever they came to represent it seems fairly obvious that he took his crown from the graffiti lexicon. In fact he plays on the meaning of the graffiti crown in his work. Some of the Samo© pictures happen to show where he had been taken-out as a ‘toy’. Later in the exhibition a china plate is decorated with his crown above the words . Here he’s ironically referencing his status within the graffiti world. This is basically the same concept expressed in the name of Berlin’s currently active crew. 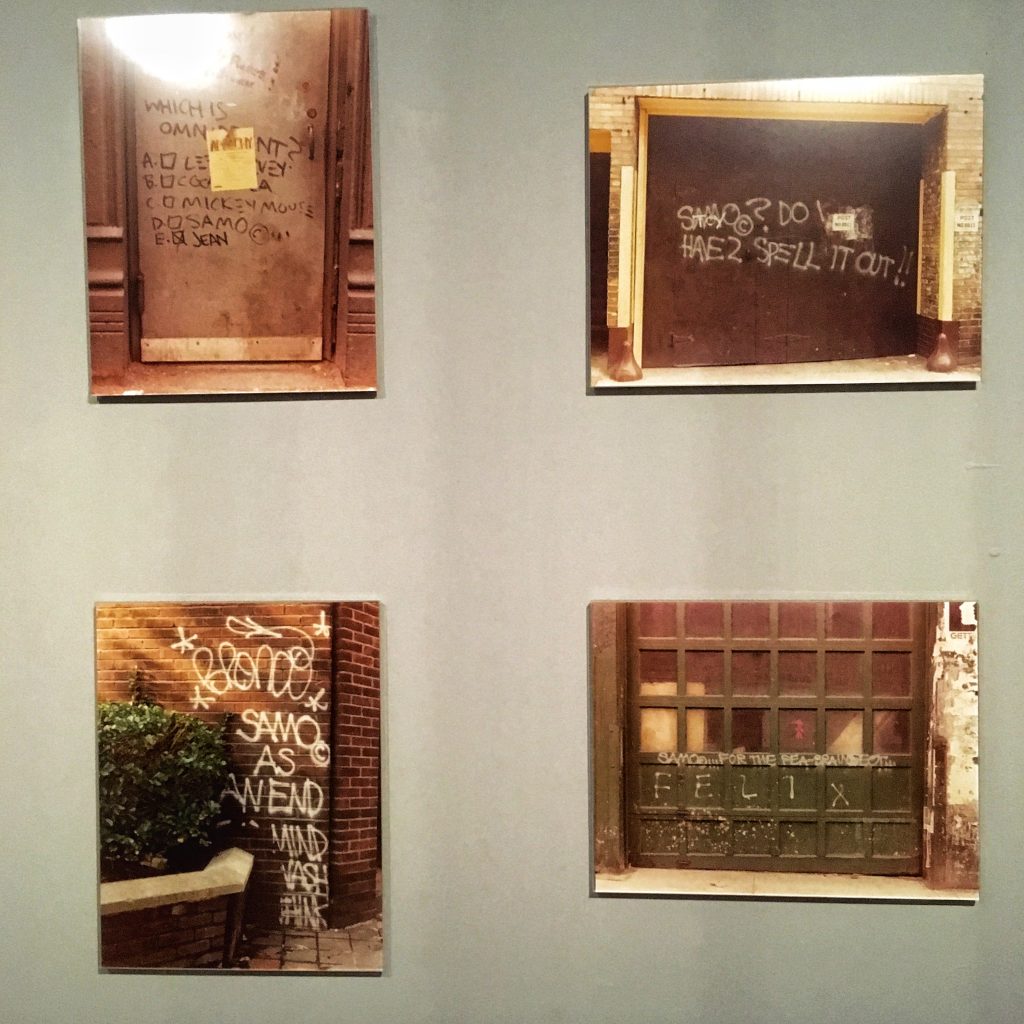 Again another symbol taken from graffiti is the © that Basquiat carried on using in his artwork long after he had stopped writing Samo©. Even the arrows he added or the lined-out words he incorporated could be from the same inspiration. However not all the graff influence was in form but also technique. One section of the exhibition where I thought to myself “this is a bit crap” was the gallery room displaying Basquiat’s collaborations with Andy Warhol. What’s interesting is that the two artists painted next to each other just like two writers putting up together. Basquiat also swapped techniques with Warhol to create their pieces. A bit like piecing someone else’s name or putting up someone’s tag which happens in graffiti but less so in the world of fine art.

Downstairs the exhibition contained Basquiat’s bigger more imposing pieces. Their frantic energy reminded me of the chaotic way graffiti is often created. This stuff has a similar aesthetic to more modern unconventional graffiti styles. Finally, wandering through the shop, I flicked through a book called Reading Basquiat by Jordana Moore Saggese. Despite the influence of graffiti within Basquiat’s work she writes that he wanted “to break away from the implicit racism of such narrow readings.” Having a background in graffiti and, more significantly, his colour led many art-critics to regard his work as ‘primitive’. Basquiat rejected this label and, because of it, began to distance himself from graffiti. 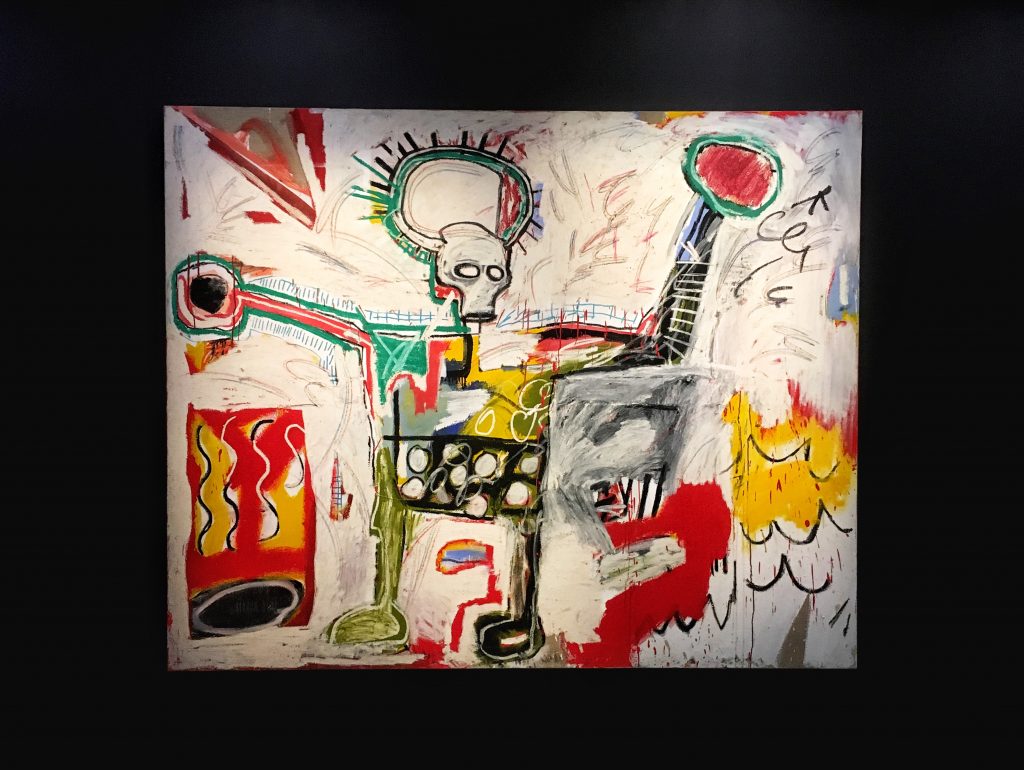 Leaving the exhibition I walked back through the Barbican; a post-war brutalist estate originally built to provide social housing. It now stands as a cultural showpiece for the City of London and its rich new inhabitants. Like the Tate Modern housed in a former power station which, rather than spewing its pollution over London’s ‘dirty south’, is now an international beacon of culture. And, like its many counterparts, an emblematic gateway for gentrification. Almost as if to emphasise this there’s a (PVC protected) tribute to Basquiat by Banksy on a concrete wall outside the Barbican Centre…