by T_C
No Comments on Berlin Gold 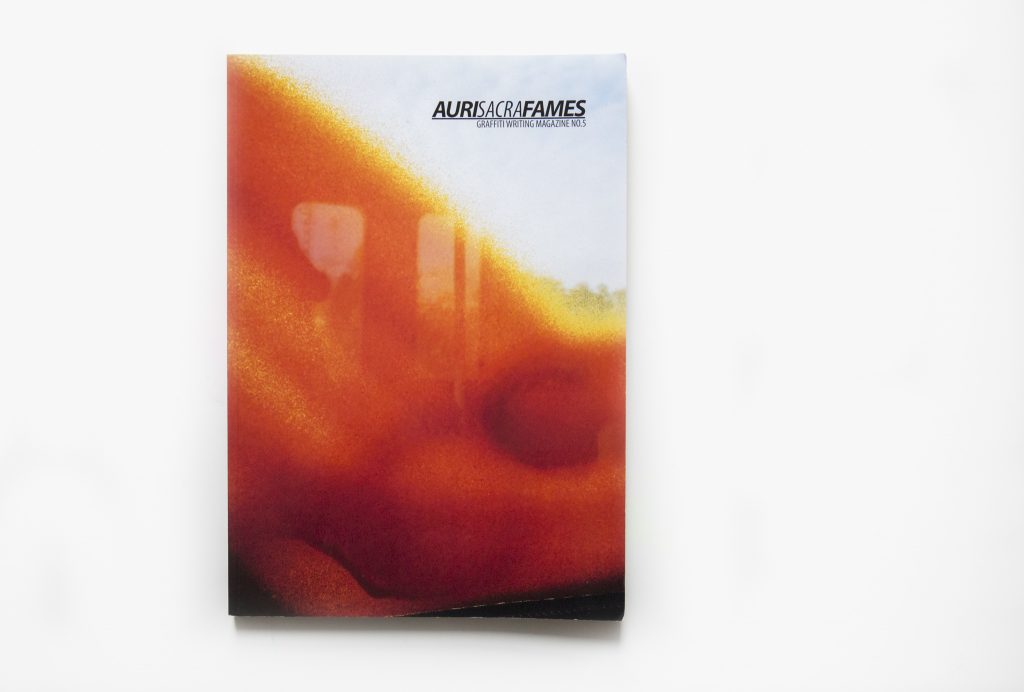 At 232 pages the new Auri Sacra Fames is basically a book rather than a magazine. A range of seven different chapters, each with their own style and content, rolled into one publication. This fifth instalment is the ‘Legend’ issue. So alongside two sections of Berlin trains are features on five legendary Berlin crews and individuals. The introduction defines a graff legend as having achieved “a real long-term relevance” through a combination of quality and quantity. Interestingly this description is printed alongside the dictionary definition which labels a legend as a “narrative, which can not be proved or which is grotesquely exaggerated.” 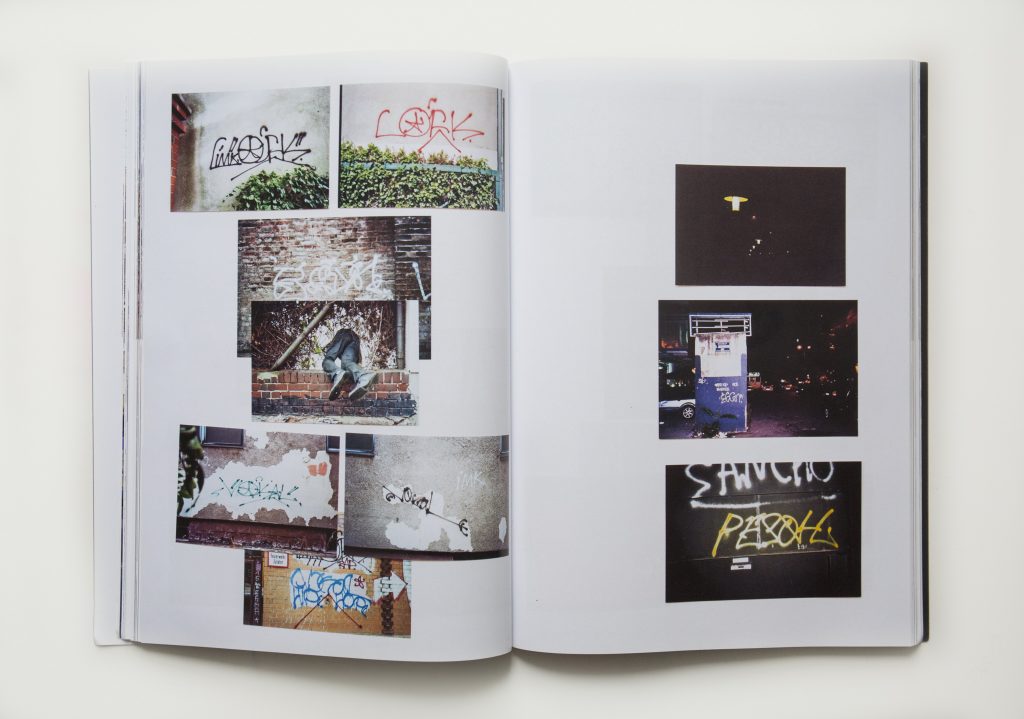 Of the three legendary crews featured the scrappiest type of street-tags, that I’m fond of, are represented by the Immortal Kids crew. Presented in an arty composition their contribution consists of bohemian handstyles across the buildings of Berlin. To the casual observer much of this probably looks like a mess. However the pictures display tagging at its conceptual best. In particular one photo shows a Vokal tag framed within the white area of a deteriorating facade. Outside of it the letters IMK have been painted on the surrounding grey in contrasting white. The resulting image is absolutely perfect! At the end of the section a handwritten letter is reproduced. The reader is urged to write “the simplest letters” rather than “meaningless intertwined abominable letterings… copied from the creators of streetart”. Spot on! 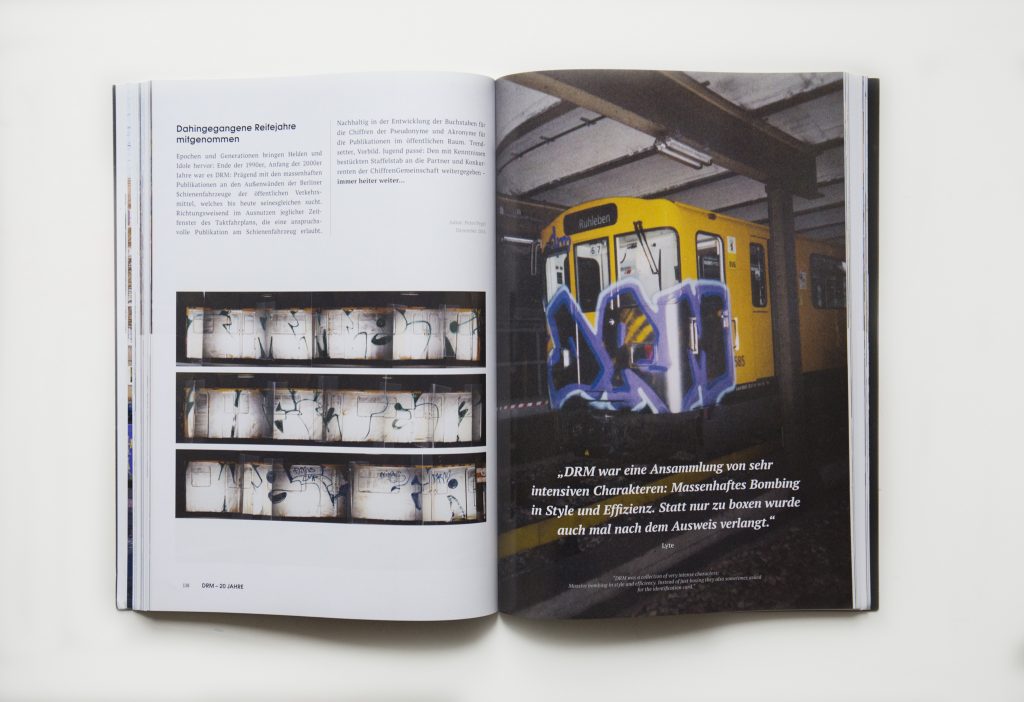 The next section contains a lengthy interview with DRM. The text is split up with various acronyms as subheadings. Each of these thirteen sections covers a different stage in the crew’s two-decade long history. Written in a flowery style the first part discusses how “illegally published writings” interact with public space. The following sections outline the crew’s formation and early history. Starting out with two members DRM soon became a “swarm” across Southern Berlin. There’s some explanation of how the group operated and extended their reach across the city and then further afield. A nice selection of pictures illustrate the tale showing DRM’s selection of styles.

The following chapters contain little text and let the pictures convey the message. Train Leistungs Sport have page-after-page of vibrant pieces across the S-Bahn’s. They really utilise a rainbow of colours and even their big chrome pieces bounce off the page. Alongside this chapter is another focusing on Boa One. His works are equally colourful to TLS but in a very different style. Boa One presents several pages of interesting cubist legal walls. This is where the hazy distinction between art and vandalism converges. A picture of a funky trian piece is something that is recognisably artistic to the outside viewer. 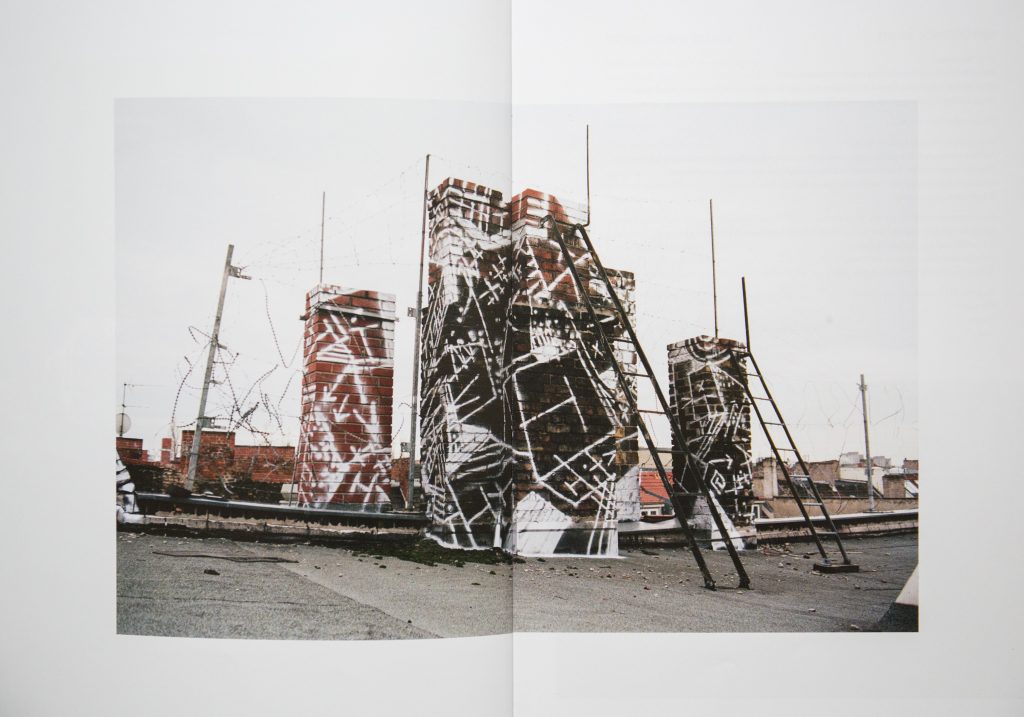 The other legendary individual included is Cream who presents some really interesting work. Diverging from throw-ups and alternative messy chromes on rooftops his work meanders into graffiti-curiosity. Using thick strips of tape to produce symbols on the sides of rubble sacks, bins and even bales of hay. This is the avant-garde of graffiti and, like Boa One, the work diverges into the art world. However this seems to be so subtle it could hardly be noticed by the unaccustomed observer. Cream also provides some poetic stream of conscious to go with his images. “Others hear voices, I see letters!”

Between these “legends” are the usual quality selection of postcard sized flicks of Berlin S-Bahn’s and U-Bahn’s. There’s some really nicely composed photographs but a favourite is probably one showing images from three security cameras at a U-Bahn in the south-west of the city. The last time I reviewed Auri Sacra Fames I summed it up as an almost perfect example of what a graff mag can look like. №5 lives up to this and is exactly the quality publication to be expected! 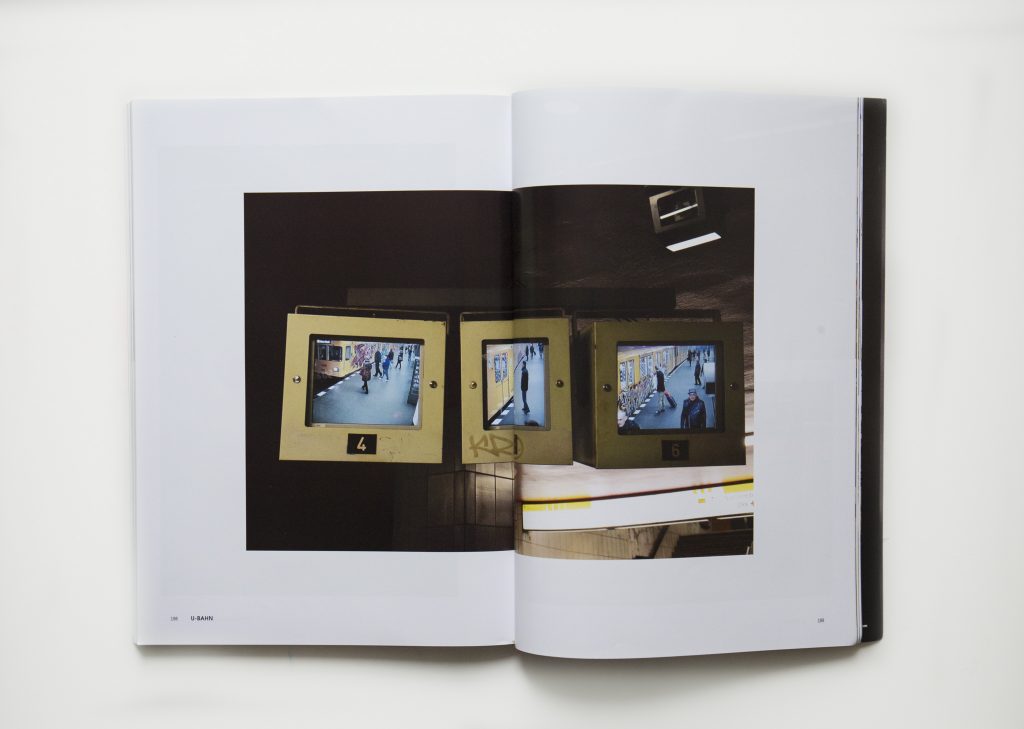 Unfortunately couldn’t spot an Ⓐ in this issue…